You will have mixed feelings about being diagnosed.

Home > Feelings about being diagnosed

it is normal to have mixed feelings when you are diagnosed with diabetes.

When you first visit the doctor to find out what is wrong and you get the news that you have diabetes it can come as a huge shock. Even if you have been expecting it.

When my father first got his diagnosis he was furious.

He had it for 2-3 years and he didn't even know. He was going to the toilet all the time, he was constantly thirsty and when he climbed 2 flights of stairs to the top of the house, he was out of breath.

He was also losing weight. His cheeks looked hollow and he had to have all his clothes altered.

He went to the doctor and at the time the doctor did not realize what was wrong. It was only when he got an ulcer on his foot that he got diagnosed. He came home that day and told me that he couldn't eat sweets any more. I was only 9 and didn't know why.

However my mum and aunt thought he had cancer. They were very relieved and could not understand why my dad was so angry.

Being relieved that you know what has made you ill can also be overshadowed by other feelings. 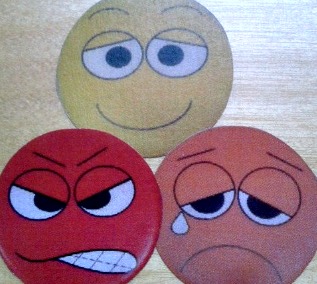 For a long time after that my dad struggled to come to terms with it. He kept saying that he could have died if he had not found out.

He had to make adjustments to his diet and he had to get used to taking medication.

He had to come to terms with not being able to eat all the sweet things that he liked. He would look longingly in the window of a cake shop. However he still continued to have his wine and scotch.

When my mother got diagnosed she was more accepting. She knew that it was a possibility as her mother had it and told her that it was inevitable that she would get it.

She didn't know that she had it until a routine test at the doctors gave her
the diagnosis. She found it a lot harder to give up her sweet treats. She either had to cut them out of her diet or go on insulin. She chose to go on insulin.

Your Feelings about being diagnosed are perfectly normal.

When I got diagnosed I was in shock. I knew that I might have it because both my parents had it and I had all the symptoms.

However getting it confirmed was still a shock. I had to get used to injecting myself twice a day and also testing my blood sugar. Now it is 4 times a day.

Whichever feelings about being diagnosed that you have, it is all perfectly normal. You will come to terms with it in your own way.

How did you feel when you were diagnosed with diabetes?

When you were told you had diabetes, how did you feel?

Back from feelings about being diagnosed to liveahealthylifewithdiabetes

Free e-book on healthy living for all my subscribers.

Just fill in the form below and receive it in your inbox today.